Let’s take it back to when we had to do a maker project. Ok so my group we found out that the most common fear for humans is the dark, which is why we came up with the idea to make our own night light that represented the school. The design that we came up with was a box night light that had the school’s logo and we were going to make the whole box from acrylic and engrave the logo into it so that when you turned it on the logo would appear on the wall.

First we had to laser cut all the pieces for our box and then engrave the logo, this was where we failed the first time we didn’t put the right settings for the engrave part so we had to start all over so it was back to the computers. Once we got to fix 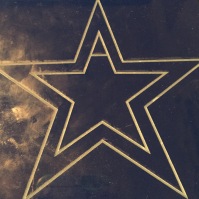 the problem we were ok but then was the part where we had to put the box together. First we tried to glue it together with epoxy but that failed so we had to wipe it all off and start to glue it with a hot glue gun and it worked perfectly. Now that our box was put together we had to build the circuit to light the bulb, now this circuit was a huge failure because we tried every circuit we could to try and light the bulb but the bulb just wouldn’t light up I think it was because of the batteries we used but my group knew that there was not enough time to get new supplies.

Now in the end sadly our project didn’t get to shine (see what I did there) at the maker faire but it’s ok at least we didn’t give up on trying to make it work and now we can take the experiences we got from our failures. Now to conclude this something I learned is that it’s ok to fail because you learn more from your failure then your success, so if you fail or mess up do it loud and proud.